Bogguss Reflects on Half a Century of Service

Fifty years ago, J. Scott Bogguss was at the dawn of his legal career. The year was 1971 and the Simon & Garfunkel hit “Bridge Over Troubled Water” topped the charts. The personal computer hadn’t been invented yet, typists used carbon copies or mimeograph machines to make duplicate documents, and clerks had to run to the courthouse to make filings. 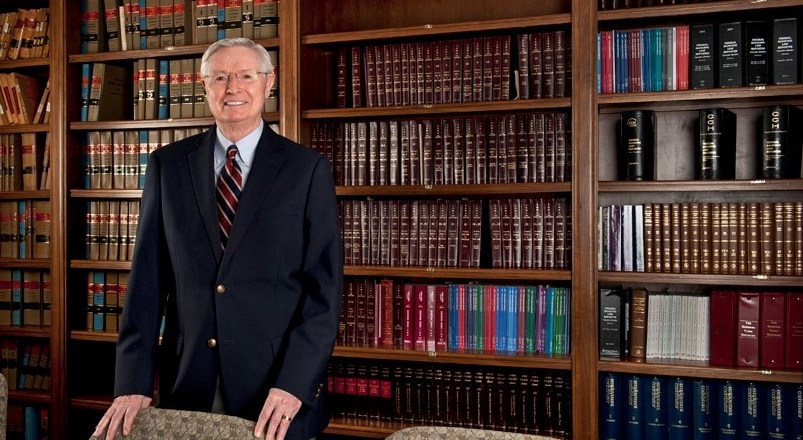 Five decades later, Bogguss was recognized by the Linn County Bar Association for his 50-year membership.

In celebrating Bogguss’ years of service, we asked him to reflect on his career that began just a couple years after Neil Armstrong walked on the moon and continues today in an era of unprecedented challenges.

While high speed internet, electronic records and cloud computing have transformed the legal profession since Bogguss passed the bar exam, one thing has remained the same: his relentless dedication to providing the very best counsel and service to protect the interests of his clients.

Curiosity Was His Calling

Bogguss was raised in Aledo, Illinois, with two sisters and a brother. His father was a senior machinist at International Harvester, and his mother was an executive assistant.

Growing up, he loved watching the courtroom drama TV show The Defenders, and worked as an occasional office assistant for a couple of attorneys in town. Bogguss was intrigued by how the attorneys always seemed to know how things worked — business, rules and regulations, and the law.

“I had this curiosity, and always wanted to know how things fit together,” Bogguss said. “The economy, law, society, mechanics, everything. Could you take it apart and put it back together, and figure out the reason for why it worked the way it did?”

He considered an appointment to the U.S. Military Academy at West Point, but had his heart set on going into law, which he declared in his high school yearbook.

Bogguss played football at the University of Iowa, on a combined athletic and academic scholarship arranged by the athletic department. As a flanker he suffered a separated shoulder and collar bone injury that ended the football adventure. He earned a BBA degree in finance and insurance, while taking extra courses in accounting and estate planning.

He stayed and attended the University of Iowa College of Law, figuring it would give him more career options in the legal profession, business, corporate law, politics, the military or any other field.

“As they say in football, keep your feet spread wide so you can move quickly in any direction,” Bogguss says.

During law school, he also was bank teller and eventually a manager at the Keokuk Street branch of the Iowa State Bank & Trust Co. (now Midwest One Bank) which he says gave him valuable insight about managing people, customer service and putting a client’s needs first.

Bogguss joined Moyer & Bergman in June 1971, and was excited about the prospect of working on the firm’s Keystone matter in which Bill Bergman was co-developing a ski resort in Summit County, Colorado. 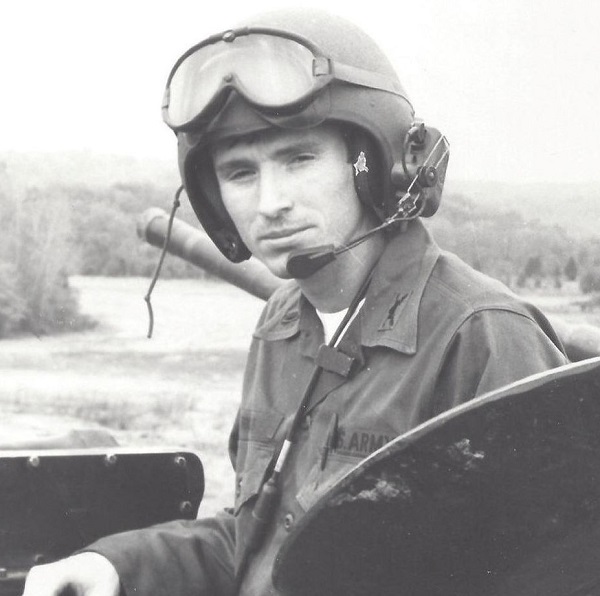 His love of skiing and working for the law firm would have to be put on hold when he was interrupted for active duty in the U.S. Army during the Vietnam War. Fortunately, the war was winding down and he was able to come home after a short tour. Bogguss’ tank outfit was rumored to be heading  to Cambodia, so he was relieved and excited to hear the news of their dismissal.

“I had West Point guys on both sides of me and they were torn up because they didn’t know what they were going to do,” he says. “I said I’m going back to work on Keystone."

Bogguss went often to Keystone, where he happily stayed in a cabin Bergman owned which was also home to inconsiderate roommates, including mice, squirrels, raccoons and other critters living in the attic. Bergman leased land for the cabin from the U.S. Forest Service for $1 per year.

“I spent a lot of time going through old dusty books,” Bogguss said. “I loved to ski and it was a lot of fun.”

Back in Iowa, the firm was in need of their young apprentice to help clients with estate planning needs, tax matters, pensions and profit sharing plans. Bogguss began working with clients all over Iowa, and his early mentors included Bob Konchar and Steve Nelson.

“I liked being able to help people, to make sure they didn’t send all their wealth to Uncle Sam,” Bogguss said. “The perception on the part of many folks is that, when someone dies, all of the wealth they’ve built up somehow automatically and magically goes to somebody in the family or other persons the property owner assumes will get it. I have to alert them that we need to insure that there is a proper framework in place, have they designated the right people and so forth?”

In the early 1970s, there were less than a half-dozen lawyers at Moyer & Bergman. Most were on the road serving longtime client CRST, or tending to other client matters. Bogguss was often the only one in the office, and one day he sent out a memo and jokingly signed it “partner in charge.” When the others returned from their extended absences, they rewarded Bogguss by making him a true partner.

As his book of business grew and he began working on new types of client matters or in new industries, Bogguss made it a point to learn as much as he could about that new field. 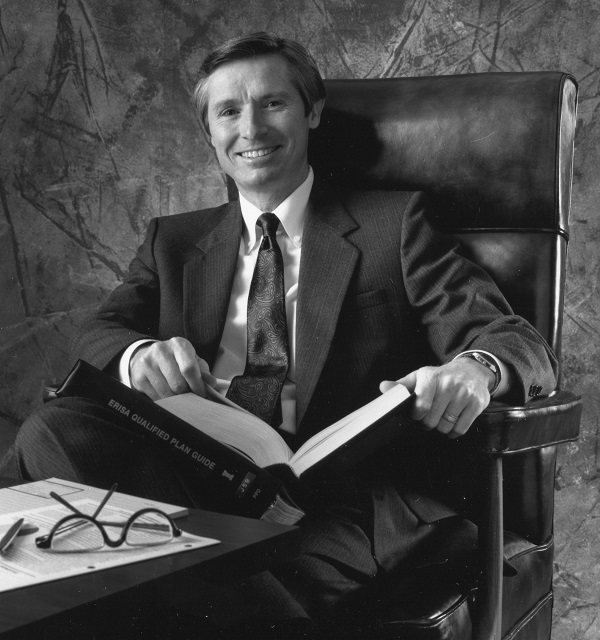 He became deeply knowledgeable about the 1974 Employee Retirement Income Security Act (ERISA) that reformed pension rules, joined committees of the Iowa State Bar Association’s Tax Section, and did speaking tours with attorneys from other firms about estate planning issues.

His business background, knowledge of accounting and in-the-trenches understanding of the issues that clients encounter helped Bogguss strategically guide clients to do things like incorporate their farms during the inflation crisis of the 1980s, said fellow partner of the firm, Randy Scholer.

“Scott carved out subject matter niches for himself in the 1970s with the newly enacted adoption of qualified tax plans under ERISA, and as a leader in estate planning and farm incorporation during wildly inflationary times,” Scholer said. “Scott’s advocacy for specialization in the delivery of service led to the doubling of the size of his firm."

There were cases that tested his mettle, like one client who neglected to report all his income to the IRS. Numerous bank deposits created a paper trail of evidence that made defense very difficult and a lengthy federal prison sentence likely.

The client had an otherwise clean record and was truly remorseful, so Bogguss decided to take a gamble. He asked the judge for leniency if the client would do a series of speeches after he got out of prison about the error of his ways. The resulting sentence was much shorter than it would otherwise have been.

They put together a presentation with statistics about the penalties, interest, legal fees, prison time and loss of reputation to show that breaking the law wasn’t worth it, and made the rounds at clubs such as Rotary, Kiwanis, Elks and Optimist. When the client took the stage, he wore a drab green federal prison jumpsuit that captured the attention of the audience.

At one speech in Cedar Rapids, the judge was in the audience and he sought out Bogguss afterward to congratulate him on how impactful and effective it was.

Another challenging period was the great flood of June 2008, when the Cedar River crested at 31 feet, and displaced thousands of residents and hundreds of businesses and non-profit organizations.

Bogguss was Chairman of the Board of the Cedar Rapids Community Foundation, and donations began pouring in so quickly that they had to set up a foundation within a foundation to isolate money earmarked for flood relief. Donors gave more than $12 million early, and more later during the flood recovery period. Donations poured in during the first two months - including a donation from late-night talk show host Jay Leno. It was a challenging effort on the part of foundation to get emergency grants out in days – not months and years – to an estimated 60 plus non-profits in Cedar Rapids at the time

At the time, Moyer & Bergman was also in merger talks with Simmons, Perrine, Albright & Ellwood PLC. Bogguss burned the midnight oil as he shuttled between his law office and the foundation’s office.

“I’m sure my partners at the firm thought I had either retired or been kidnapped,” Bogguss says now with a laugh. “You have to lean on that support from delegees and associates. My wife and family provided support and a lot of tolerance too.”

Bogguss gives great credit to the attorneys and other professionals who have worked alongside him and supported him over the years. He says he’s “lucky to be practicing all five decades with (and sometimes against) a lot of the very best lawyers.”

Bogguss also credits his legal assistants. “While there are way too many to list, my current legal assistant, Rhonda Countryman, my past assistants Linda Walrath, Robin Lees, Gina Lukan, and Darla Golden and probate paralegal, Leah Smock have all been immensely valuable in the success of my practice."

Bogguss thoroughly enjoys practicing law and will continue to do so. But once the coronavirus pandemic abates, Bogguss plans to do some traveling with his wife of almost 47 years, Jo.

He also plans to make more frequent visits to his son in Los Angeles and his daughter, son-in-law and grandchildren in Colorado, who live near Denver and not far from Keystone. He keeps in touch with Bill Bergman, and visited him just a couple years ago. 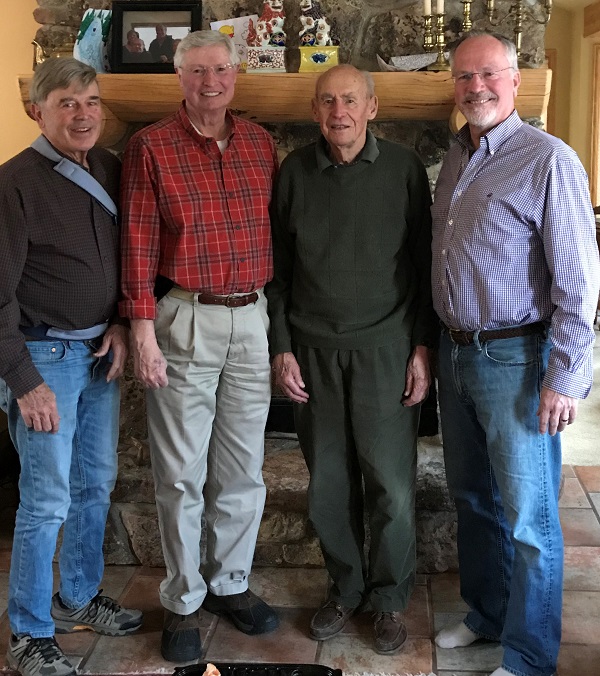 An Unquenchable Thirst for Knowledge

Capturing the 50-years-and-counting career of Scott Bogguss in one article was an impossible task. There were many mentors along the way, stories from the trenches and lifelong friendships made that weren’t mentioned in this article. We’ll save those for the curtain-call when he decides to retire.

“Scott has moral rectitude, humility, an unquenchable thirst for knowledge, and an unshakeable commitment to putting others, especially clients, first,” says Visser. “His extraordinary vision of what the future may, or at least should, bring sets him apart as well.” 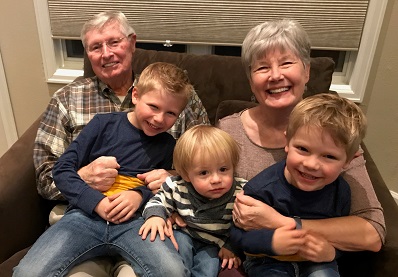 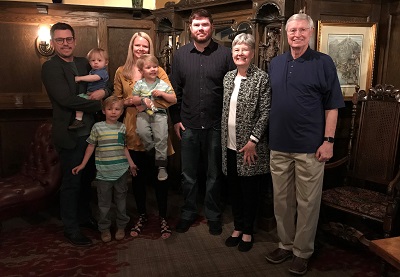 Scott and Jo with grandchildren: Makai (Kai) - 8, Munro (Ro Ro) - 3, and Murphy - 5.
Family photo L to R: Son-in-law, David and daughter Katy with their children, and son Jordan (Jordy) by Jo and Scott.