In a move heralded by community banks and credit unions, this Act was signed into law on May 24, 2016.  S.2155: “Economic Growth, Regulatory Relief, and Consumer Protection Act” (the “Act”) which amends several regulations under the Dodd-Frank Wall Street Reform and Consumer Protection Act (“Dodd-Frank”). The purpose of the Act was to ease regulatory burdens for some financial institutions. While the Act is quite expansive, below is a summary of the highlights that may affect community banks and credit unions:

A.    Expansion of Qualified Mortgages under TILA

Under the regulations put into effect by Dodd-Frank, mortgage lenders were required to determine a borrower’s ability-to-repay (“ATR”) a mortgage loan during the underwriting process. The Dodd-Frank regulations also created a presumption of compliance with ATR for mortgage loans which met certain standards called “qualified mortgages”. The Act expands the definition of “qualified mortgages” to now include certain mortgage loans originated by banks and credit unions with less than $10 billion in assets. Under the Act, to meet the definition of “qualified mortgages,” these mortgage loans must: (1) be originated and retained in the portfolio of the qualifying lender; (2) comply with TILA’s current requirements for prepayment penalties and limitations for points and fees; and (2) not have negative amortization or interest-only features. In addition, the qualifying lender must consider “the debt, income, and financial resources of the consumer…” This requirement appears to be subject to future interpretation, as the Act goes on to state this section is “not to be construed to require compliance with, or documentation in accordance with Appendix Q” of TILA, and is to “be construed to permit multiple methods of documentation.”

The Home Mortgage Disclosure Act (“HMDA”) requires lending institutions to report public loan data. Dodd-Frank amended HMDA and required financial institutions to report additional information, including, without limitation: total points and fees payable at origination; difference between a loan’s APR and a benchmark rate for all loans; prepayment penalty terms; value of real property; a borrower’s credit score; and such other information as the CFPB may require.

The Act amends the Federal Credit Union Act to create an exemption for credit unions under the Member Business Loan (“MBL”) cap of the Federal Credit Union Act. Specifically, a credit union may extend a loan to a borrower for a one-to-four family dwelling regardless of whether the dwelling is the borrower’s primary residence. Previously, a loan in which the dwelling was not the borrower’s primary residence counted against the credit union’s MBL cap.

Under Dodd-Frank, the Volcker Rule prohibits banking agencies from engaging in proprietary trading or entering into certain relationships with hedge funds and private-equity funds. The Act amends the Bank Holding Company Act by exempting from the definition of “insured depository institution” entities that have: (1) total assets valued at less than $10 billion and (2) trading assets and liabilities comprising not more than 5% of total assets. Functionally, this change exempts these smaller banks from the Volcker Rule.

Under the terms of the original Servicemembers Civil Relief Act (“SCRA”), a mortgage lender was barred from foreclosing on a servicemember for nine months after their return from active duty. In recent years, Congress has temporarily extended that time period to one year. Under the Act, the one-year time period has been permanently codified.

The above amendments are a sampling of the expansive relief provided to community banks and credit unions under the Act, which generally applies to most small-asset institutions. Banks and credit unions are encouraged to review the bill for specific provisions which may apply to their institution. The complete text of the Economic Growth, Regulatory Relief, and Consumer Protection Act can be found here.

Questions relating to this article can be directed to our banking and finance practice attorneys.

About the author, Christopher K. Loftus 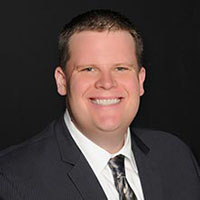