The Iowa Court of Appeals recently issued its decision in Primebank, Inc. v. Tegrootenhuis as Tr. of Willard TeGrootenhuis Revocable Tr. Dated April 25, 2013. This case should be viewed favorably by lenders as it reinforces the right of a lender to apply the proceeds from a foreclosure sale to any promissory note of the borrower when the underlying mortgage contains a cross-collateralization clause securing all obligations of the borrower and the borrower has waived his right to have the property marshalled. However, this case should serve as a reminder to lenders on the importance of giving a borrower a reasonable opportunity to pay a debt prior to bringing an action to enforce the debt if the lender seeks to recover its attorney’s fees incurred in bringing the claim.

Borrower Scott TeGrootenhuis executed a $977,000 promissory note to refinance his 400th Street acreage, which Primebank, his lender, secured with a mortgage on the property. This mortgage contained a cross-collateralization clause that secured all of borrower’s obligations to lender and waived his right to have the property marshalled. The Willard TeGrootenhuis Revocable Trust dated April 15, 2013 gave a second mortgage of up to $800,000 on the trust’s farm to secure Scott’s $977,000 note. Over the next few years, Scott executed eleven more promissory notes with Primebank. Scott soon defaulted on all of his notes, and as a result, Primebank sought to collect on all twelve of Scott’s notes, to foreclose on the 400th Street acreage mortgage, and to foreclose on the second mortgage on the trust’s farm. Following trial, the district court foreclosed on both the 400th Street acreage and the second mortgage on the trust’s farm and ordered for them to be sold with the proceeds from the sales being used to satisfy the amounts owed under Scott’s twelve notes in default.

While the outcome of this case is not ground breaking, it is an important case for lenders as it demonstrates that when lenders utilize unambiguous cross-collateralization clauses and waivers of a borrower’s right to have its property marshalled, a court will not interfere with the right of the lender to determine how and what order sale proceeds will be applied to defaulting notes. Additionally, this case serves as a reminder to lenders as to the importance of providing a reasonable opportunity for defaulting borrowers to cure a default prior to initiating any proceedings when the lender seeks to be compensated for its reasonable attorneys fees, because if the proper steps are not initially taken by a lender, a court will not allow the lender to later cure such defects.

Please contact a banking and finance attorney if you have any questions. 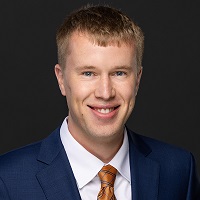